Hi Everyone many would have seen on face book that 'ALAMABA ROt has risen its head as  it is fatal condition with no real cure. Due to our very wet conditions it  breeds in boggy wter ground and if dogs as usual lick themselves when back at home/kennel can digest and eventually sores apear on paws and under neather on  bare skin. So action asal to vets is suspected.  So: if possibel  when back form walk of shooting days out, wash down either at vehicle or location or home, thoroughly dry off. Please be careful to wash towels in desifectant water if oen feels need to do.  So stay safe.  Ray Davies.HPRs
​

Hi all HPR handlers/members
Just to say the annual HPR GWT last Sunday 28th was great success and fun as everyone had great time with banter, atmosphere and laughter especially when running the scurry to find the 1st and 2nd fastest to win the prizes. Great support from the hosts John & Lizzie Rideout and her time with great 'Ploughman's Lunch' and the venue.    helped also by having supportive judge and those support staff.  Tight Lead Ray Davies. F.T.Secretary.

​Event: Following our very successful  'Field Craft'day (hunting/retrieving) in April at Ammerdown we are hoping to put on another one in the Autumn.

'Shoot Over'  at present  2 days have been booked at Ammerdown, see below.

​​
Shoot-Over Days
Date: 7th December
Venue:  Ammerdown shoot, Radstock Somerset.
Maximum of 8 handlers with couple in reserves in case of circumstances.
Cost: £70/handler & HPR with deposit of £20/handler.
Meet: Kilmersdon Village Hall 8.30 am for move off at 9.00 am.
Opportunity to work your HPR on strong challenging ground with experience HPR handelers/guns who will be giving support on the day, where appropriate.
​Contact Ray Davies. F.T.Secretary 07852730453. k9andus@yahoo.co.uk.

I am waiting for further details as to follow-up day from April 'Pointing/Retrieving' at Ammerdown.
So enjoy one's 4-legged partners. 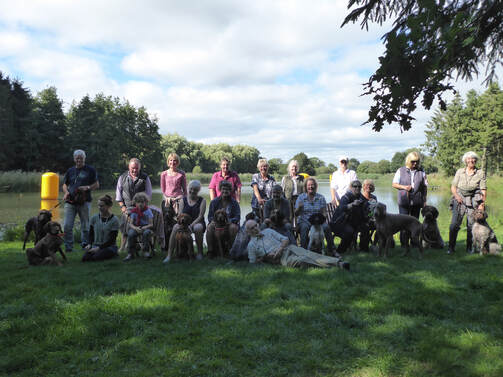 OUR 4-LEGGED FRIENDS  WELFARE:  TO ALL HANDLERS/OWNERS IF YOU HAVE A OPPORTUNITY TO READ THE i NEWSPAPER (online)  A STARK REMINDER TO 'ALAMBAMA ROT' WHICH AS NEWSPAPER STATES THAT SEVERAL DOZEN DOGS HAVE DIED WHEN CONTACTING THIS FATAL ILLNESS. SO ALL READ AND INWARDLY DIGEST ASAP.  RAY DAVIES. FIELD TRIAL SECRETARY. 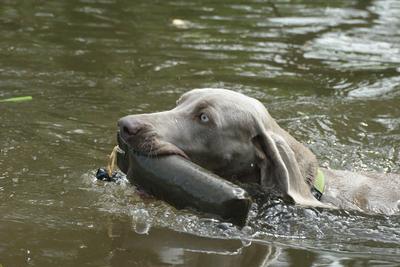 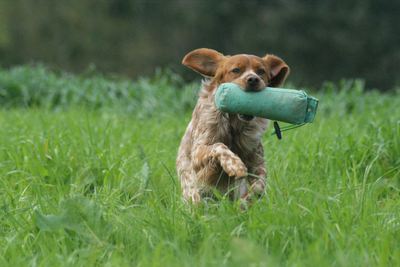 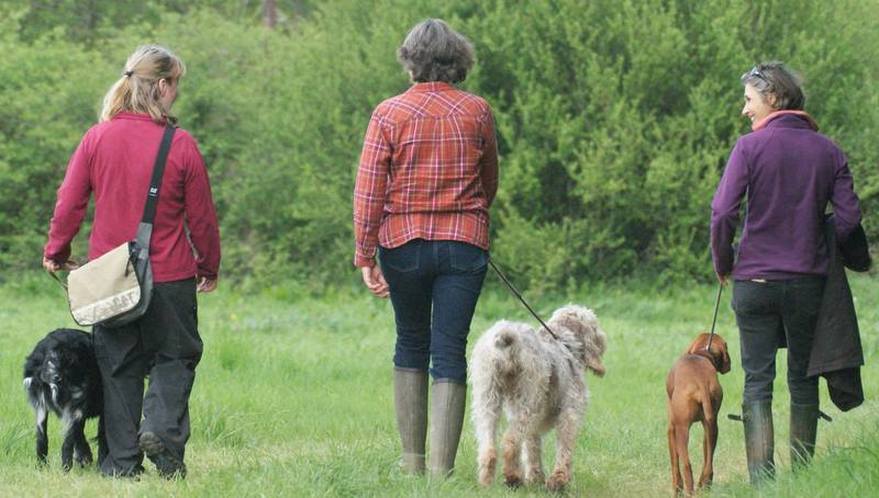 These breeds today are mainly used for rough shooting on game, falconry and deerstalking but can adapt to make a useful peg dog or beater’s dog. If used for deer stalking they would be expected to point unseen deer, track to dead deer or track and hold wounded deer at bay and then inform the stalker when it is located by giving tongue.

The different breeds within the group were originally bred to work the game or terrain of their specific region and therefore developed different styles of working, but basically they all perform to the same outcome. Some were originally used for boar or deer; others for fur and feather. Now, they are all expected to hunt any terrain put before them: moorland, wetland, scrub, woodland; and adapt their pace accordingly. Apart from the Brittany, they are all basically the same in structure but not necessarily the same in character.
When hunting open ground, the dog would be expected to quarter into the wind taking in ground from 50 to 150 metres either side of the gun. When working woodland they adapt to a closer pattern and keep in touch with the gun. They are expected, on locating game, to point and hold that point until required to flush. These dogs are air scenting and have a higher head carriage thus they have less need to enter thick cover. By using the wind, these dogs have the ability to pick up scent at a distance.
As in other breeds, game is expected to be retrieved gently to hand. They are for the most part keen swimmers once they overcome any initial reluctance.