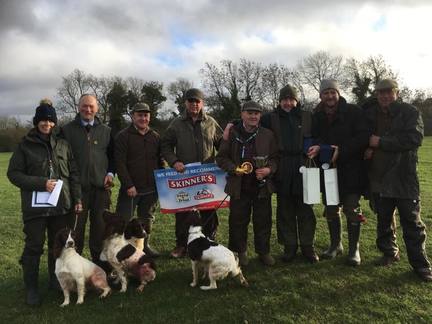 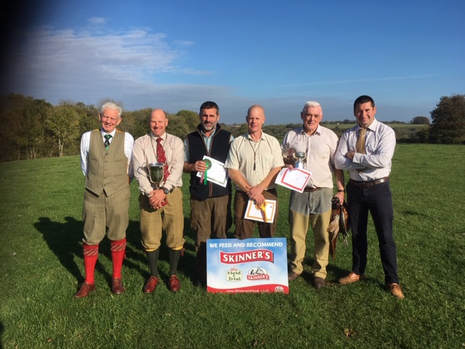 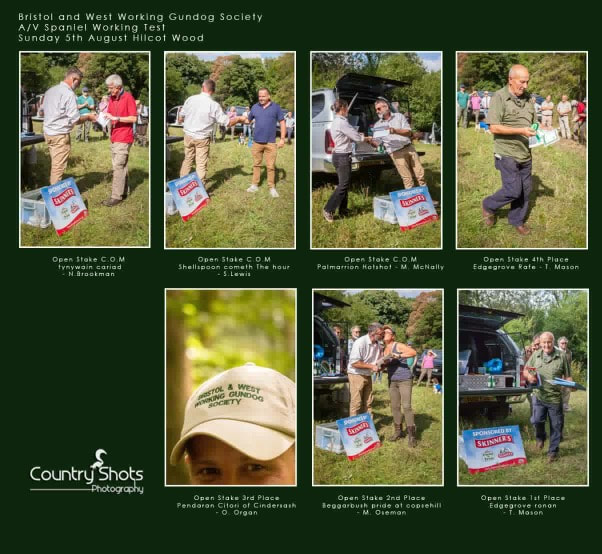 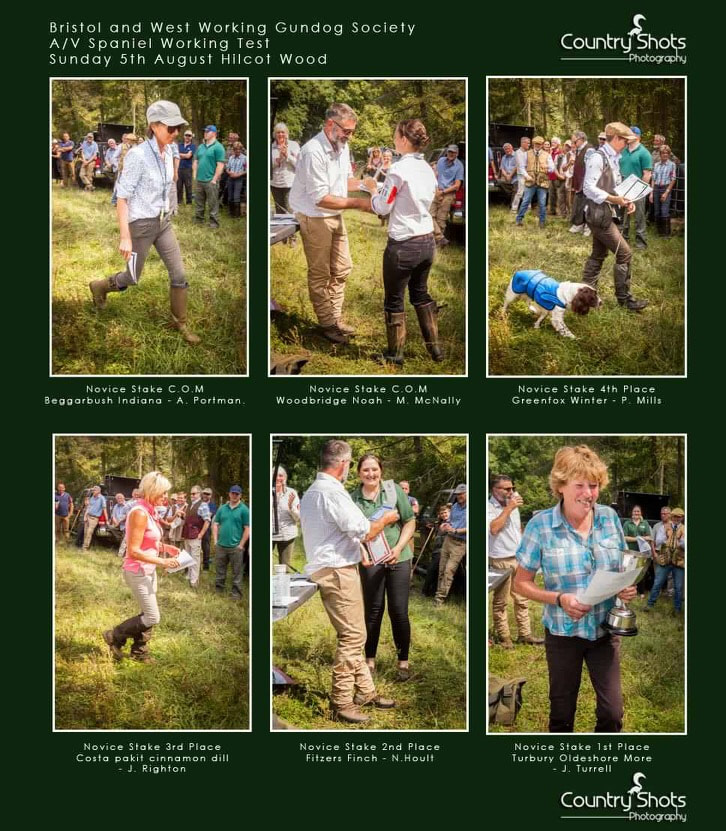 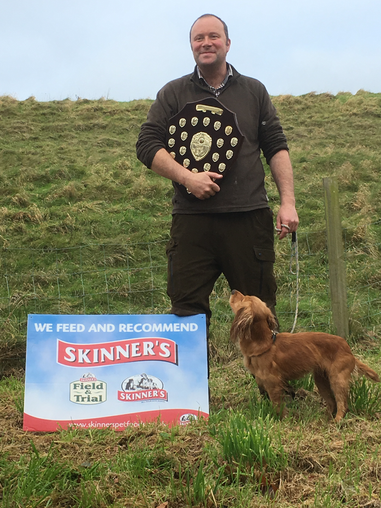 After the opening speech, where everyone was reminded of safety and signing of the risk assessment, the trial was announced started at 9:40am.

The trial began in pollen and nectar, where quite a few dogs were going out for minor mistakes, but those proved to hold there heads continued onto there 2nd runs.
Moving on from this strip of ground we then proceed to a tree plantation and then through woodland.
The birds came steadily to hand and the dogs worked at getting those flushes, after second runs were completed the trial was announced over at 12:40, once the judges summed up there books.

The guns shot well, keeping safety in mind at all times, the bag consisted of 24 pheasants and 1 rabbit.

After the recent event in another trial we felt it was fitting to hold a raffle, for the Cornish Air Ambulance and the Search & Rescue Coastguard as they did a marvellous job in helping fellow field trial competitors including my husband to hospital for treatment.
The raffle raised just over £40 and we have rounded that up £100, to send to these charities.  Thank you all for contributing.

I say this every time to all our helpers; but thank you all so much for helping, certainly very much appreciated and l truly mean it when l say the day cannot happen without you.

A huge thank you to the Regis Family for allowing us the use of Brandhouse Farm for the trial, there generosity is tremendous.  And of course Gamekeeper Andy Fisher for all the hard work and the preparation he does to enable the trials to go as well as they do. 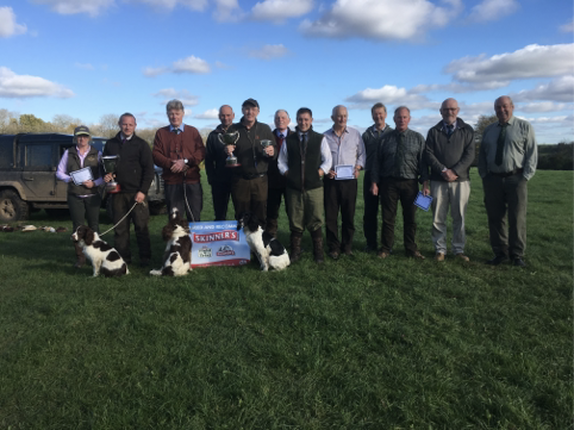 What a gorgeous day to have a trial, the sun was shining and scenting conditions were perfect.
We had a strong card, and only two dogs went out, unfortunately one of those was with a eye injury.   The dogs were showing their abilities in hunting, with only minor glitches that knocked there marks a little bit.

We finished the trial with a two dog run with Malcolm Taylor and Dai Pither, the trial was announced over at 12:45

After a light snack and certificates were completed we announced the award winners with help from Todd the keeper, whom l have to say had done a fabulous job in making the ground accessible for all of us.

My thanks goes to our Judges, sponsors “Skinners”, Duke & Dowanger Duchess of Beaufort, the guns who shot extremely well and to Jeremy for standing in, and to the game carriers, stewards & red flagger - Thank you!

Well done everyone in the awards and best of luck to Dai for the 2018 Championships at the Buccleuch Queensbury Estate.
​
Helen Fisher
​FT Secretary 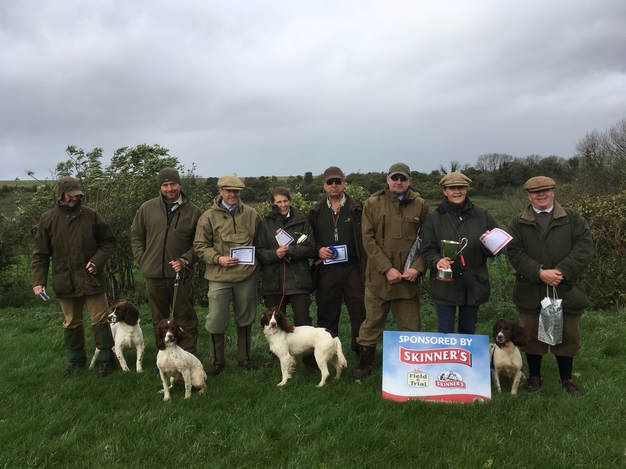 Everyone arrived promptly at the ground, the opening speech was given and a moments silence to the late Duke of Beaufort, who had always been supportive to the club and enjoyed his dogs.

The trial announced started at 9:30am.

The cover was brambly woodland, with a strong wind which kept the birds in the thick of the wood.
Competitors all had a fair chance, but unfortunately dogs were going out for misdemeanours.
Six dogs had finished and the trial was announced over at 12:40, just in time before Storm Brian reared its windy wet head.
The bag was 23 pheasants, the guns shot well as usual so thank you to you guys.  A big thank to our hosts the Duke & Dowanger Duchess of Beaufort.
Thank you to our sponsors “Skinners”.
Thank you to the Stewards & Game Carriers, you all did a brilliant job, do really appreciate your help.

After a short bite to eat and cards signed the awards were announced.

Well done Ann and everyone in the awards, thank you for attending our trials. 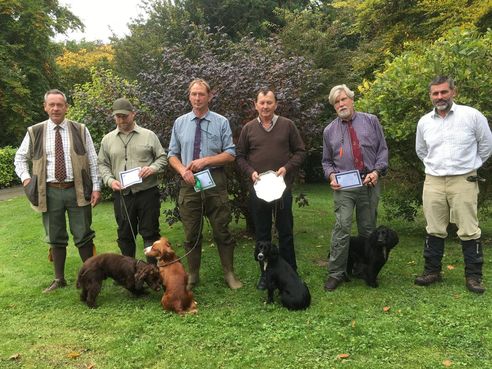 The trial started at 9:30am, in the opening speech l felt l had to thank everyone for attending our trial today as we have heard of so many clubs struggling to fill a card, but l think in my time as being the field trial secretary this is the first time we have had no competitors pull out, which certainly makes my job a whole lot easier, so thank you all again!

As before on this lovely ground we began in the woodland consisting of rushes and bramble; the judges were certainly getting through the dogs quite quickly, as for one reason or another dogs were putting themselves out, the game was plentiful and the guns some in particular were shooting extremely well.

With only four dogs finishing, the trial ended 12:10.

Great thanks goes to our sponsors Skinners, Paul Smith and his team of stops who had worked relentlessly in giving a good trial, our game carriers & stewards, you all play a major part in our trials and l thank you!

After a bite to eat, the Host Edward came out to help with the awards; as follows; 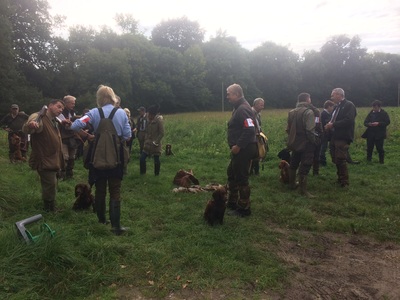 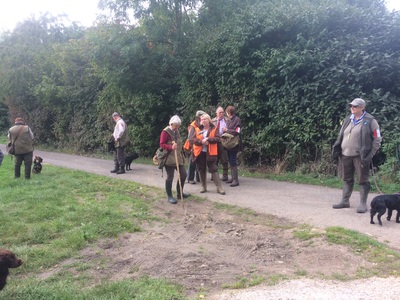 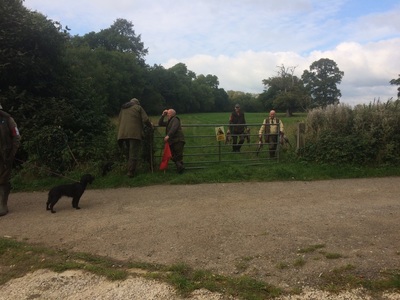